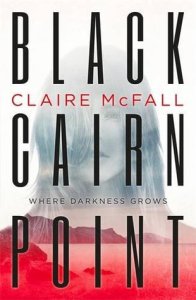 This book was so addicting and there was no way I could put it down when it really got going. Five kids on a camping trip to an ancient burial ground? Sign me up! I’d describe this book as soft core paranormal, where the majority of the story is contemporary with a hint of mystery.

Let’s talk a little bit about the characters themselves. I was on edge the whole time I was reading, the character’s relationships were a recipe for disaster. You have: Heather, the protagonist who’s pretty unassuming and on the camping trip because her crush Dougie is going to be there. Dougie is pretty chill and somehow manages to stay calm even when things go bump in the night. Matin is boy number two and he’s the smart one. The one with the intuition that somethings should just be left alone. He’s also the first to go missing. And finally, the couple, Darren and Emma. Emma is Heather’s best friend who’s turned into someone unrecognisable now that she’s with Darren, the older guy. They’ve both pretty much lost all the common sense as a result.

Black Cairn Point is split up into Then and Now narratives, similar to Birdy by Jess Vallance, which I also read recently. So, you know that something terrible has happened because there’s a police investigation going on in the Now, but you somehow forget that this is happening when Heather starts to explain what happened Then. You always get pulled out of one time line at the climax of the section, as is thus, but I’ve really loved these sorts of stories recently. It really adds tension and means you end up reading the whole thing in one sitting even if that includes staying up late to finish. I studied Gothic fiction for my A2 English Lit coursework, so I was familiar with the story of the wicker man and black shadows in the night stealing people away. It made it pretty easy to pick out the genre tropes, but I definitely would not describe this book  as predictable. There are twists and turns, especially with the Now narrative where the main character, Heather, is in an interrogation room, which throws light on the events in the subsequent chapters. In summation, it was an extremely effective way of telling the story.

My only issue was with the ending. It was so mind-blowing and really not what I expected! I waned there to be an explanation for all the crazy happenings, because something was certainly left to be desired. However, I couldn’t get enough of Claire McFalls’ writing and I will definitely be looking into her other stories ASAP!

One thought on “Review: Black Cairn Point by Claire McFall”