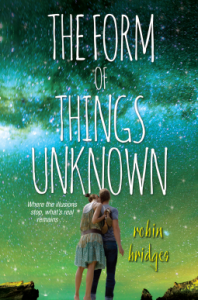 The Form of Things Unknown by Robin Bridges
Genre: Contemporary, Romance, (Re-telling)
Published by: Kensington Books
Pages: 304
Format: e-book
Rating: ★★.5
Note: I received this book from the publishers in exchange for an honest review!

Natalie is suffering from some strange hallucinations while on the set for her school’s production of A Midsummer Night’s Dream. With questions of ‘who’s dating who’ and ‘we’re all crazy here’ the characters’ lives somewhat mimic those in the story they’re retelling. It’s an interesting concept, similar to Robin Bridges’ other novel Dreaming of Antigone where the protagonists are both aware of the text they’re retelling whilst retelling it. I’m not sure if it’s a style that completely works for me, but I’ve never been a fan of really meta fiction. But I think The Form of Things Unknown does a good job of blurring the lines between the original text and the new characters’ lives.

So, Natalie’s grandmother suffers from schizophrenia (from what I gathered it’s something she started experiencing after her husband died rather than something she’s been struggling with for her whole life, correct me if I’m wrong.) and Natalie begins to suffer from various symptoms that worry her family and friends. She’s seeing ghosts and is a lot more on edge, more so than any teenage who’s just moved to a new school and is becoming involved with a new group of people.

The situation is aggravated by Natalie’s love interests both past and future. Caleb is a shady character from her past who has been spending some time in prison for drug taking – not the most savoury character – and then there’s Lucas, but he’s also troubled after attempting suicide after his girlfriend Starla broke up with him, and his mother died. Now, I’m not really a fan of mentally-ill characters using romantic relationships as a crutch. Good healthy relationships are important. You need people who are going to help, support, and understand your situation, and while Lucas pretty much fits that bill (he’s also super cute, has an adorable younger sister, and is a genuinely nice guy) I don’t think he’s what Natalie needed. But I don’t think this is necessarily a critique of this book, more than it is a critique on this trope that so many authors now perpetuate. As for Caleb he’s very much an outside character. For the most part he’s just a name in passing that upsets Natalie because of the bad memories she associated with him, and because he’s not even present for the majority of the story I felt like their dynamic was pretty underwhelming.

There’s a rather large cast of character in this book, all the drama fanatics who are ready to take on this play. Natalie herself wanted to be on the decorating/costume side of things, but doesn’t seem to put up much of a fuss when she’s cast as Tatiana if it means she gets to play alongside Lucas. Hm. Also something that makes me literally feel sick to the stomach is that the twins are called Hailey and Bailey. I know some twins really do have names like this, but as a twin myself I think it really just boils them down to the stock identical twins characters without giving them any other personality. (And if they did have personalities you can bet they’d be polar opposites *angry sigh*) Again, that’s just a silly little thing, that probably only irked me because I’m a twin myself and would find it incredibly cruel if my parents had only changed one letter in mine and my sister’s names to differentiate between us.

As for the building of tension, I think it was pretty good! I was interested in how things were going to be explaining, considering I didn’t think the supernatural would be used as a scape-goat and I thought the mental health awareness was interesting. It’s certainly not one of the most unique or even heartbreakingly real stories with characters suffering from mental illnesses (an good example I would give is Am I Normal Yet? by Holly Bourne). It’s also relatively fast paced, and that’s always something I look for in contemporaries!

Overall, I gave The Form of Things Unknown 2.5 stars. Smack dab in the middle! 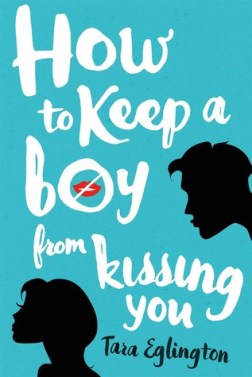 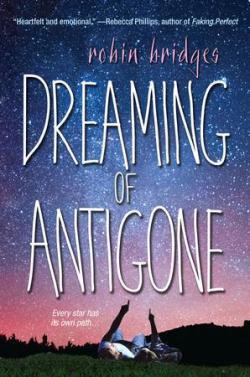 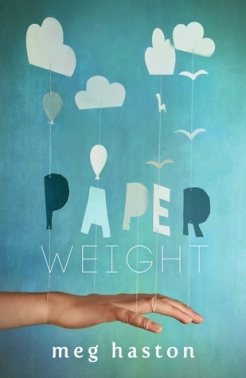