I really love Victoria Scott’s ‘Fire & Flood’ series, so when I saw her most recent release pop up on Netgalley, I absolutely had to request it! There were also a ton of 5 and 4 star reviews on Goodreads, so I thought there was a high probability that I would love it, however, I’m definitely in the minority when I say I really didn’t enjoy this book. There are multiple reasons, but I think the most important one is this book lost focus.The new season RuPaul’s Drag Race has started and that always means getting out your editing eye and seeing how the Queens could cut back, and I think this really transferred to my reading of Violet Grenade.

So, Domino is our MC and she wears a lot of makeup and changes up her look with wigs, she’s living rough with her friend Dizzy until he gets taken in for stealing and she has to work out how to save money to pay the bail. This is where the story could’ve gone in the direction of ‘rags to riches’ where we see Domino go back to school or try and get a job, but instead she chooses to take up this shady deal with a Madam Karina to join her Establishment for Entertainers. Doesn’t that just scream sex dungeon to you? Well turns out it’s not quite as horrid as that as when they say ‘entertainers’ they really mean ‘girls that customers can pay to talk to’ because that’s really all that goes on for the majority of the book. Then Domino gets caught in a scheme to climb up the ranks of this boarding house in the vague hope it’ll mean she can get free quicker (because the higher up you are, the more money you get to take home.) She sort of falls in love with bad boy Cain, one of the only guys in the joint and together they plot with another girl called Poppet on how they can all get out alive, because it turns out Madame was a shady as she first seemed and is ultra manipulative. Oh, and Domino also has the voice of ‘Wilson’ in her head telling her to do nasty/crazy things and if he takes over then something seriously bad can happen.

That’s EXTRA, right? I got lost so many times, even though you can almost see where the clear path should be. There was just too much going on, with the weird cult girl house and the manipulative mistress, the rebel love interest. Too much. Too much.

The book is set out into four parts, and I didn’t really see why this was necessary. I think it was supposed to show Domino’s changing mindset and how she was getting stronger, but I would’ve preferred to see this in the text, rather than be told in little lists at the beginning of each part.

Also the beginning was really slow and ending up being completely misleading because Dizzy gets out of prison after waiting for his trial and Domino forgets about him, which made the beginning feel ridiculously artificial because it was really only an excuse to get Domino to agree to join the crazy girl house.

Then the end of the book has more action scenes and tries to introduce more conflict and tension with this guy Jack who is another abuser. It was odd, and once again he was only there as the bad guy to make Cain, who’s a bad boy, seem more desirable.

Let’s talk about the romance for a bit, shall we. I recoiled at their dialogue. It was cringey and full of the ‘you should be afraid of me’ cliches, and this was happening on both sides! In fact, the relationship dynamic between Domino and Cain was very similar to the YA I was reading five years ago, books written by Becca Fitzpatrick, Lauren Kate, and Katie McGarry. It’s very misguided girl meets bad boy, and that’s really not a mix I care to read about anymore.

If you like that sort of brooding dangerous hero, or you like those authors then give this book a shot, because it’s probably right up your street, but it was a no from me.

I felt uncomfortable reading this book, for the large part, and I didn’t enjoy the whole ‘Wilson’ element because I thought it was confused, and I didn’t really understand why the backstory had to be what it was, and why she couldn’t have just had a ‘bad side.’ General, I feel like this book was teetering on the edge between psychological contemporary and urban fantasy, and I honestly thing it would’ve worked better – if it was going to be this crazy all over the place anyway – if Violet Grenade had pushed the boundaries and gone on that supernatural vibe with this weird nightclub. There’s potential there for something interesting, but it just didn’t move in the ways I wanted it to, which is why it’s only getting 2 stars from me. 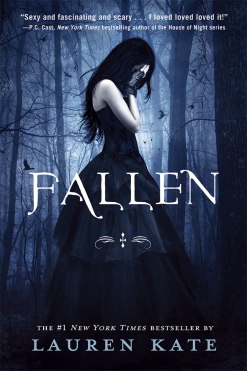 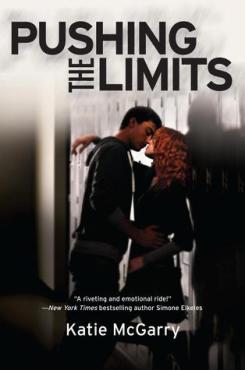