Apparently this book has already been optioned for a movie?? That’s so exciting! And, I think it’s probably best to put a caveat on this review, and say I’ll probably enjoy a movie of this more! So, City of Saints & Thieves is marketed as this sort of thriller/mystery story, but the one question I was left with after finishing was: where was the thriller?

The story follows Tina who is searching for her mother’s murderer. So that’s intense. And it starts of well! Tina and her gang are on a sort of heist, and it gets very National Treasure-esque with one guy sat out in a van with the others hooked into microphones. It’s a pretty expensive operation! Then Tina’s held at gunpoint by her enemy and I was like ‘au things are going to kick off!’ but unfortunately…they never really did.

If you could even call this book a thriller, then it’s a very gentle one, focused on conversations between Tina and those she tracks down from her mother’s past except no one’s really giving her anything concrete. Don’t get me wrong, this book has its actions moments, but there wasn’t enough for me, and the ones that were there were pretty hard to visualise – which is why a movie would do this 10x better.

Also, I feel like I need to mention how last minute the romance was. I did not want any sort of romantic plot, and Anderson chucked one in anyway! I was hoping the story would be more family focused, and I honestly didn’t think it was necessary since it didn’t further my emotional attachment to either Tina or her love interest. But Hollywood loves a romance, so I don’t think I can hope they’ll ditch that aspect of the story.

One thing I really did like about City of Saints & Thieves, though, was the setting. It’s a fictionalised city but the author has a note in the back of all the sources of inspiration from different countries in Africa, but from what I can remember it’s mostly the Congo as an influence. I really do want to read more books set in Africa, so if you have any recommendations please let me know! 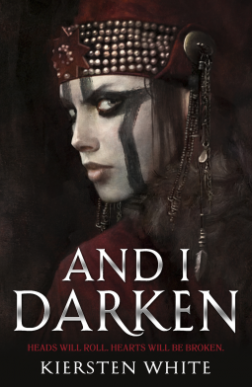