I had seen a lot of hype surrounding this book on twitter – lots of authors and publishers getting ARCS, which were beautiful, by the way. So, it’s one that’s been on my radar for a while, even though I had no idea when it was coming out. Then I went book shopping with Maddie and happened to see Spellbook For The Lost and Found on the table and I NEEDED IT. I picked it up practically as soon as I got home (which hardly ever happens) and I feel like I genuinely have some stuff to say about it, so let’s get to it.

There are three perspectives: Olive, who wakes up after a crazy party and starts to lose things. Hazel, a girl who’s living with her brother and best friend in an abandoned house because staying with her parents wasn’t a safe option. And Laurel, whose diary pages go missing and to get them back she casts a spell with her two best friends.

It’s a very self-contained story with lots of characters: Olive, Rose, Hazel, Ivy, Rowan, Laurel, Ash, Holly, Mags. And while I’m all for a majority female cast this was a lot of girls who love to speak in riddles and metaphors to keep track of. When it came to the voices sometimes I couldn’t distinguish between them. With context I could always work it out, but all the girls had very similar ways of looking at the world. Olive and Hazel both idolise and comment in detail about their best friend’s traits, meaning I felt like I knew more about Rose because of Olive’s lens, and Rowan because of Hazel’s. I didn’t get to know about Hazel and Olive themselves until they showed up in each other’s POVs. There just wasn’t as much of a change in tone as I would have liked, but it was beautiful writing regardless, so *shrugs*

I also thought the pacing was bit off at times. We’d get to a bit where it felt like things were going somewhere. Like we’d just bitten off a huge chunk of intrigue, but then things would settle down and it would be back to the same pattern of ‘lost-thing and a hang-out session’. THAT BEING SAID. the ending. Similarly to I’ll Give You The Sun by Jandy Nelson you have to read to the end before you realise how well constructed the story is. I might have had complaints about it being self-contained, but I certainly didn’t see any of the twists coming. I felt like I was always five steps behind the characters, but I was hooked and when ends were being tied I was living for those reveals. There was genuinely a moment, like fifty pages from the end, when my chin was on my chest.

Spellbook For The Lost and Found is a book that will keep you on your toes if you can get through purple prose, and stick with the plot until things all start coming together. It’s full of romance, and pretty great diversity of character too, with Olive being deaf in one ear, Rose being a WOC, the pair of them being bisexual and Hazel being gay. (Though I do have reservations about the pacing of exposition (we were still learning about Olive and Rose’s friendship over 100 pages through…)).

Overall, this book was a bit of self-indulgence. Moria Fowley-Doyle has a knack of creepy-cool atmosphere building, so if you liked her debut The Accident Season then you’ll find all the same things to love in Spellbook. Overall, I gave it 4 stars. I was frustrated at times, but I had a fun time reading it. I might just have found my new favourite addiction: queer witches.

What’s your bookish guilty pleasure?
Have you got any other witchy books to recommend? I’d love to hear about them! 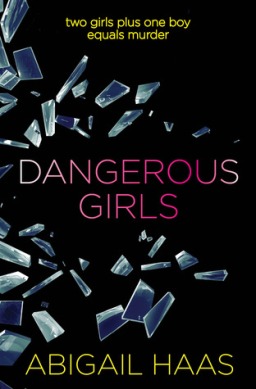