Now I Rise was one of my most anticipated sequels of the year. I absolutely loved And I Darker, though I thought the series had room to grow and, boy, did it ever!

The first book is so beautiful with the character’s childhoods and world building being super rich, detailed and well researched. And I had the same sort of enchantment with the writing in this book. Book two definitely has more of a focus on war, with Radu being sent of to put some feelers out in Constantinople, like, we’re on the edge of a big siege. Now, this would normally put me off, but it was still resolutely based in the characters more than anything.

While I really enjoyed Lada being present and ruthless, it was Radu’s sections that I was most engaged with. Honestly, I couldn’t really tell you what Lada was getting up to other than sticking her middle finger at anyone with biased gender expectations.

Radu was going through an emotional journey and I was here for it. BUT first of all, let’s take a moment to appreciate Nadzira aka. the unsung hero of this entire series. I would read an eight book series all about her, to be honest. Even though I hate Throne of Glass, I would compare her to Nehemia, in the way she’s got her finger on the pulse of scandal and knows so much more about the social and political situations that she’s got this air of regality that no one can overlook. Nadzira and Fatima are ultimate cuties, too.

Anyway, back to Radu, who, in book one, could be summed up with the phrase ‘Mehmed please love me’ but now he’s left to deal with his previous emotions, and do some serious re-evaluation. Does he want to be a pawn? Not really, but he’s still loyal to Mehmed. He wants to know what Lada’s up to, but he’s pretty sure she thinks he’s betrayed her, so… things are tricky. I won’t go into the plot of the actual book but you can tell that he’s between a rock and a hard place, so watching him grow in this restricted situation was wonderful. Also, there’s a potential new love interest for him, and I am really looking forward to seeing Radu happier in the future, so I can’t wait to see this slow burn!

Still, I’m really intrigued with where this story is going to go because now I feel like Radu has come to some sort of resolution, but Lada’s still got a lot to happen to her, so the next book will probably be a reversal of focus. 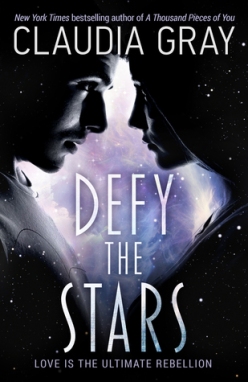 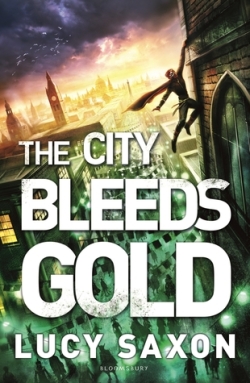 These are the books that didn’t quite make it to our Top 10 Books of 2016 (that’ll be going out on our channel at the end of the year!) but still deserve an honourable mention for a wonderful reading experience, or unexpected enjoyment! 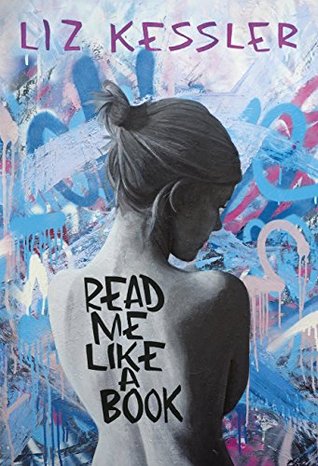 The story of a girl who suffers an insane injury where she has to have half a face transplant, Faceless is unlike anything I’ve ever read. It’s extremely character driven, and you really get to know Maisie and how much a new face can make her feel like she’s losing identity. Although it took me a while to read, I thought the story was so inventive and out of the box that I was desperate to know what happened next!

The Crown by Keira Cass

After not liking The Heir, the finale of The Selection series had a lot to do to recover its place as one of my favourite series of all time. But, surprisingly, Eadlyn’s personality changed in exactly the way I wanted it to, and the perfect happily ever after was reached with limited conflict! We did a whole review of this book if you’re interested in our more in depth thoughts on why this salvaged the series from the brink of disaster!

This book is just amazing. Absolutely amazing and eye opening. It’s a middle grade story about a transgender girl who struggles to tell her family and peers about her true identity, and changes the hearts and minds of those around her by performing a part in her school play. The friendship in this book is heartwarming, the zoo trip was heart melting and overall, you can’t walk away from this book without the warm and fuzzies.

Can you believe this was the first book I read with a lesbian protagonist? Me neither! This year I really tried to read as many LGBT+ books as I could get my hands on, and I fell in love with Liz Kezzler’s portrayal of a girl coming to terms with her sexuality and accepting who she really was. This also deals with teacher-student relationships, which I normally steer away from, but in a completely respectful way, and the reason this book was a surprise, so it’s well worth a read!

The Strange and Beautiful Sorrows of Ava Lavender by Leslye Walton

This story was beyond unique. I don’t think any description could really do it justice, but if you absolutely love story telling and fairy tales and the slightly peculiar side of life, this is the perfect book for you. I was completely drawn in by the whole Lavender family and their strange and beautiful lives. Of all on this list, this was the most surprising, because the style was slightly out of my comfort zone, but that didn’t stop me getting intoxicated by it!

And I Darken by Kiersten White

This story definitely took me by surprise! I’d put off reading it for so long (I have no idea why!) so I took going on holiday as the perfect opportunity to get round to reading some review books and And I Darken was at the top of my priority list! The first 30% or so was ridiculously exciting. The writing was enticing and the characters were flat out incredible. Then the focus shifted to the politics of the situation and introduced a love triangle and I started to switch off. In the end I gave the book 3.5 stars, but it is by far the best thing I’ve read by Kiersten White and I have high expectations for the sequel!

We Are All Made of Molecules by Susin Nielsen

I wrote a gushing review for this books because it really did tick for many boxes. Strong character voices, likeable characters, heartwarming story! It really is something special, and I feel like it’s a story that’s had quite a bit of underground hype but I still haven’t heard many people talking about in on booktube. I’ve just finished reading her book that comes out in March 2017, Optimists Die First, and she made it to my Top 5 New To Me Authors too!

I enjoyed 85% of this book! Just like And I Darken it was so so so promising to begin with, but there were a few things that meant it can’t quite make it to my Top 10 of the year. Nevertheless, I really enjoyed the entire reading experience, because I found Invisibility in the library and practically couldn’t put it down. I would definitely recommend it, especially to fans of Beautiful Creatures.

This was actually one of the first books I read this year, and it’s stuck with me all this time. I was completely sucked in to the mystery and I was one hundred per cent invested in the outcome! I’ve never read anything by Anne Cassidy before either, and I’m pretty sure she’s a staple UKYA author, so I’m really intrigued to pick up some of her other stories now, especially because I think she has a few darker ones perfect for the autumn season!

This book was recommended to me by my good friend Carys, because it was one of her favourite books of last year I think. Originally I was hesitant to pick it up because it’s about  a girl suffering for anorexia and I find that headspace quite difficult to relate to when I read about it in first person, but I was surprised by how much I enjoyed it! The ending was such a twist, I’m really glad I gave it a shot!

And I Darken by Kiersten White
Genre: Fantasy, Re-telling (Alternate History?), Romance
Published by: Corgi Children’s
Pages: 484
Format: ARC e-book
Rating: ★★★
Note: We received this book from the publisher in exchange for an honest review.

So far my experience of Kiersten White’s writing has been the Mind Games duology, which I enjoyed but didn’t think it did a very good job of explaining itself, but she’s a pretty prolific writer and there had been a bit of hype going around about this Vlad the Impaler-as-a-girl retelling and I admit, I got swept along with it too. And I Darken, if you didn’t already know, is the story of Lada (who I guess will grow up to become Lada the Impaler?) and her brother Radu moving from their home town to become part of the Ottoman empire. It’s a fantasy story with a strong emphasis or politics, religion and sexuality, all of which are seamlessly weaved into this bad-ass girl’s life story.