I’ve been looking at my shelf of favourite books lately and thought, wait a second, some of these books I’ve only read once! This was the case with Paper Towns. But, an important factor of defining a favourite book is whether it will stand the test of time. Would you want to read it, again and again? Well, I found out… END_OF_DOCUMENT_TOKEN_TO_BE_REPLACED

For any book-lover, this is the worst case scenario! It’s like asking a mother to chose between the children: its impossible to pick the ones you love the most. I think it would almost be easier to answer the opposite question, as I definitely know which books I’d leave for kindling. But, there are definitely some books on my shelves that I couldn’t imagine leaving behind: 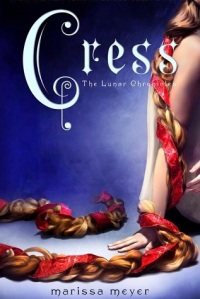 1. The Mark of Athena by Rick Riordan

This is by far my favourite of ‘The Heroes of Olympus’ series – where the gang are all together for the first time! (And who wouldn’t love the moment when Annabeth and Percy are reunited? They’re just precious.) Although ‘The House of Hades’ is beautiful, I don’t think I could live through the cliffhanger a second time. That’s why Annabeth’s solo quest is my first save!

This is my favourite contemporary – I could re-read it multiple times and never get bored. There’s something about this book that takes me back to my days of reading solely Cathy Cassidy books, whilst equally giving me the same feeling that ‘Anna and the French Kiss’ left me with. I hadn’t read a book that dealt with family orientated issues in a long time, so this one was a real stand out for me.

I’d save cutie ‘Cress’ for the same reason as ‘The Mark of Athena’. I love when teams come together, but I also love a good fake-boyfriend plot. I really think that the ‘Lunar Chronicles’ has everything you could possibly want from a series: romance, adventure, threat and more romance.

My favourite of his works. It’s been a while since I read ‘Paper Towns’ and I definitely think a re-read is necessary before the movie is released. This book really sparked my love of road-trips and fuelled my love of a good mystery.

5. Anna and the French Kiss by Stephanie Perkins

No doubt the best of the companion series, Miss Perkins knows how to put a good romance together. I wish there was less confusion between Anna and Etienne and Etienne’s insignificant girlfriend (I didn’t like her so much I’ve forgotten her name.) However, Anna really sparked my interest in contemporary books, so it would be a crime to leave her behind.

It might be surprising that ‘Inkheart’ didn’t make this list, but I do have four copies. One of them is bound to escape the flames. (I only hope it’s one of the English editions!) Plus, Bee’s got a copy of ‘Fangirl’, so we’d be set on that front.