I really, really liked We Are All Made of Molecules, it was an astonishingly good read that I wasn’t expecting. So, when Optimists Die First came through the letterbox – also unexpectedly – I was really looking forward to seeing whatever Nielson wrote next. And while I didn’t enjoy it quite as much as WAAMOM, it was still a delightful read full of quirky characters and plenty of intrigue!

Petula is a pessimist. She’s convinced she killed her baby sister and now the world is out to get her. Her mum is collecting too many cats and her dad is getting to the end of his tether. She’s also massively fallen out with her best friend and to top it all off, there’s a new guy at school that she’s definitely not falling in love with.

Optimists Die First is ‘a love story for cynics’ as the tag line suggests and follows Petula as she battles with her anxiety in a therapy class where the activities are more suitable for children. There she meets a whole host of characters with their own problems including Jacob, that boys she keeps bumping into. Of course there’s a romance, but nothing is perfect when you have secrets that you’d rather keep to yourself.

I could totally relate to Petula’s pessimism. Her thought processes are also pretty similar to mine in some situations, like, my mind is seriously good at going over all the different alternate realities where I die from falling down the stairs or being crushed by a piano. So, it was funny because it’s real. Even her more minute worries, I could relate to. The anxiety representation was just really spectacular, and I would totally recommend reading Optimists Die First if you have anxiety and want to feel understood.

All the kids at the art therapy sessions were something else. I mean, they were a bit like caricatures at times and I don’t think any of them did anything that surprised me (apart from Jacob, though. He’s got a shady past, man). But when they were all coming together and working hard at their problems I was so proud. And I think it’s really important to show that you have to work hard at feeling better – not everyday, because it’s important to let yourself feel down every now and again (have you not seen Inside Out??) – and showing that it’s the friendships you make and the people you meet and the support of those that already love you, instead of being magically cured by a physical relationship was excellent.

Because I found Petula’s voice to be quite childish, the romance elements often felt unbalanced. Like, suddenly she’d age up and become more mature whenever they were kissing and things were getting more serious. So I had to ideas of Petula and they would completely blur whenever things got steamy – which wasn’t often, but still enough to  note.

I really enjoyed the dynamic that Petula and Jacob had together, but with all the secrets there was something stopping me from getting completely invested, especially when they were misunderstanding each other and things got a little angry…

I have mixed feelings on this book as a whole. Some things I think it did really well, while others feel flat for me. BUT, it’s important to mention that I practically read the whole thing in one sitting, so it’s easy reading but deals with some great and more complex topics. Would recommend! 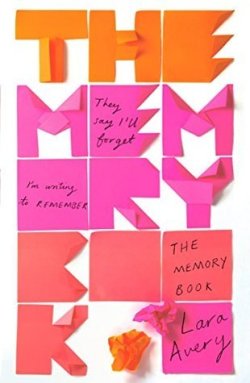 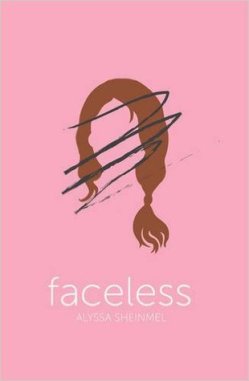