Whenever we hear about a book with twin protagonists, we’re desperate to get our hands on it. Everyone loves to see themselves reflected in the books they read, and it’s just fascinating to see how authors think of the relationship between twins and if it measures up to our experiences. The Opposite of You was a really great read if you’re looking for a book that understands the strong connection between sisters…but only fuels the fire that twins have been trying to extinguish for all eternity that we can’t literally read each other’s minds. Still, if magical realism is the best way to communicate extreme closeness, we’ll accept it this once! 😉

Bex and Naomi were inseparable when they were young, but as they grew up, they drifted apart. Different friendship groups, different work ethics, different lifestyles. Until the day Naomi goes missing and it’s up to Bex to figure out who her sister has become and rekindle their childhood connection for good. The story is told from both Bex and Naomi’s perspectives, so you witness the spiral into trouble from all angles.

Framing the story, there’s a metaphor of a door between rooms and as the story progresses, the door opens like it used to be. (“Love is an open door!”) It’s essentially what would happen if Anna and Elsa were twins, but if Anna went storming up a mountain instead.

The book takes a turn to the dark side when Naomi is kidnapped and the pressure rising to get her out of a dangerous situation. The ending is really fast paced and I was practically cheering Bex on the whole way as she slowly pieced together where Naomi was.

There are also flashback moments, similar in style to I’ll Give You the Sun by Jandy Nelson, where Naomi tells of what their relationship was like in the past and how Bex’s friend, Kay, tried to ruin everything. This was probably the most relatable part of the story, for sure, since when we were younger, certain people found it very difficult to be friends with both of us at once. A lesson for all: never bitch about someone’s sibling to their face. What do you think is going to happen? 😂 I loved reading about Bex and Naomi’s loyalty to one another increase throughout the story as they learnt to settle their differences.

Overall, The Opposite of You was a super fast, emotionally driven story with a little romance on the side (which I felt I couldn’t appreciate to the max because I was more interested in the sisters!) It gets a solid 3.5 stars. My issue is that I was it were longer! And, like I said, the whole twins-as-mind-readers thing is a complete folklore, no matter what you hear otherwise. But, seeing more magical realism threads in the books I’m reading now is never a bad thing. The world needs a little more magic, after all.

How do you feel about twins in books? Have you ever wished you had a twin sibling? 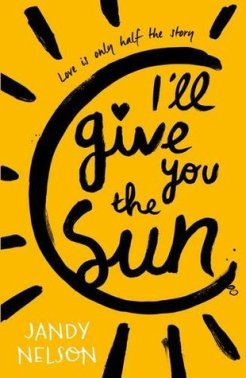 One thought on “Review: The Opposite of You by Lou Morgan”