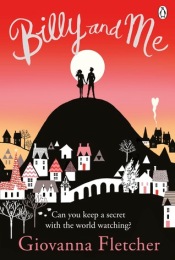 I’ve been looking for Billy and Me in stores ever since I read You’re The One That I Want in December 2014. When I finally saw it, I literally jumped to get it, and read it the same day, in one sitting. I love Gi, her videos on YouTube are so quirky and chatty, and she seems like a really lovely person. After reading her debut, I was a little disappointed… END_OF_DOCUMENT_TOKEN_TO_BE_REPLACED 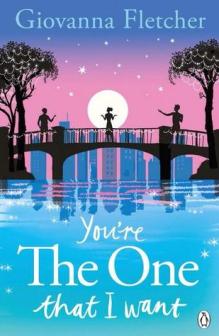 You’re the One that I Want by Giovanna Fletcher
Genre: New Adult, Contemporary, Romance
Published by: Penguin
Pages: 372
Format: Paperback
Rating: ★★★★
Where to Find: Goodreads | Amazon

‘You’re the One that I Want’ was only my second New Adult book. I found it under the ‘Chick Lit’ section of the bookshop, however, due to the age of the characters moving from nine years old to twenty seven, its safe to say that the majority of the novel happens when the three main characters are in their teens.

I love Gi. I found her when she first started making videos on her channel, ‘Giovanna’s World’ and like to catch up with her blog posts for Hello! Magazine. She’s so bubbly and fun, and her personality really diffused into this novel.

There was nothing difficult about the writing style. I didn’t feel like I needed to be twenty seven to enjoy it. It was written exactly how a teenager, and how I imagine a university grad, would write and feel. It really just made for a quick and fun read that didn’t have me questioning the origins of the universe.

The novel focuses on Maddy, a bride to be, and Ben, her best friend but not her groom. These are the two perspectives of the novel, however we also get to experience the groom’s speech, written by Robert, the final point in our love triangle (or self-proclaimed love tripod.)

Main problem: will Ben pipe up at the altar and claim Maddy for himself?

After the first scene of the wedding, when Maddy is contemplating her romantic decisions, we are rocketed back to the past, when all three characters are nine years old. Until they are twenty one, we get to see the relationship develop between Maddy and Robert (who become a couple at sixteen) and Ben and Maddy (a relationship that never quite got off the ground.) I loved how Gi waited until they were twenty-one to get serious, because teenage relationships are meant to just be fun. It felt completely natural that Maddy and Robert would stay together if they didn’t have a reason to separate.

Only they did. Cue Robert doing something stupid. This led to the relationship between Ben and Maddy intensifying.

The one thing with this love triangle was that the novel knew that’s all it was focused on. I wasn’t annoyed by the backwards and forwards of will she love me or won’t she because I knew what I was getting, unlike in YA novels, when a love triangle is thrown at you for no reason. Also unlike with YA novels, I never knew which guy I preferred. They both did questionable things to Maddy, but both seemed to really care for her.

When they grew up some more, however, I thought that the relationship between Robert and Maddy was a compromise for their true feelings. It felt like they were staying together because they didn’t know how to be with anyone else. Of course, when their relationship went back to normal, I went back to shipping them, but a little piece of my heart would always tug towards Ben and how he drew the romantic short straw.

I really loved the ending of this novel. It wasn’t a cliched ‘speak now’ wedding, with lots of gasps and treachery. It was real. The epilogue gave me a good sense of closure for the three characters, and recognised that your first love doesn’t have to be your only love (even  though it was super cute that that was how it worked out for Gi and Tom, the most adorable couple ever.)

Overall, I’d give this book 4 out of 5 stars. Like I said, I knew what I was getting, and was ready for it. It captured me for the entire time I was reading it and had me immersed in the lives of Maddy, Ben and Robert. I look forward to reading Gi’s debut novel, ‘Billy and Me’ in the near future!