It’s no secret that fairy tale retellings are my favourite genre, and The Lunar Chronicles is my favourite series of all time. Marissa Meyer was a goddess when it came to weaving so many well-loved fairy tales together in this sci-fi universe and I couldn’t have loved it more. So, Heartless, obviously, made my list of most anticipated releases of 2016. I was so excited to see her tackle another fairy story, even if Wonderland and I don’t really get along. Marissa Meyer had also proved that she knows how to write a prequel, before-the-villain story with Fairest, so my expectations were high, and I was satisfied…eventually.

Let’s just get straight in there with: the pacing was slow, slow, slow. Goodness, if I was the kind of person to not finish books, I probably would have put this one down at 25%. We were introduced to Catherine, our future Queen of Hearts, and all she wanted to do was open a bakery with her best friend, but she kept being courted by the King so that couldn’t happen. It just felt a little bland, although her lemon tarts sounded delicious.

When Jest got introduced, the love interest, my interest was piqued a lot more to see how the two would work with the King in the background. But, until then, and even after that, when we were moving back and forth between Cath feeling a duty to her king and parents but a passion for Jest she couldn’t quell, I was like ‘Make up your mind, already! Rebel or accept your fate!’

It took until 70% through for me to be dedicated to the story, and for my attention to be fully grabbed, and that’s quite a long time for me to sit through a book, wondering when it’s all going to kick off…

The Queen of Hearts is iconic. She’s all ‘OFF WITH THEIR HEAD!’ 24/7. And there’s something about her that makes her a very easy study, because it’s not hard to think what might have caused her to become this bitter tyrant. When we were first introduced to Catherine, she was so average. Almost a little too average, because apart from her baking talents and the whole dreaming up lemons thing, there was nothing really special about her. I really, really loved when her personality started to change. I was desperate to get to the chain reaction that would cause the inner villain to rise up, that when it finally did happen I was going to be satisfied whether it was a good reaction or not.

And it was. I should have trusted Marissa Meyer wholeheartedly when it comes to plot twists and developing characters in unexpected ways. She definitely deserves the title Queen of the Retelling, for sure.

So, we’re in Wonderland, that’s pretty obvious, but more specifically the land of Hearts. There’s also the land of Chess, that’s having some kind of war at the moment, and it turns out that some of the characters we think are from Hearts are actually sent from Chess. Overall, Chess is sounding like a much cooler place, right now. Was I the only one thinking this? I really wish we’d got to know more about the other main place in Wonderland, other than Hearts because there seemed to be so much more happening over there.

Also, when you work with Wonderland, all the minor characters come free with the set. I have read the original Alice in Wonderland, but not the sequel, so I wasn’t too aware of the more nuanced minor characters, but they serviced the story well, and meeting a new character, or someone familiar like the Mad Hatter, always helped to move the plot along.

I was expected this to be a series, but I think it’s a standalone and I love it all the move because of that. Definitely enough was done that this story could stand on its own as a complete story of the Queen of Hearts because we witness her true transformation.

Fans of Lewis Carroll will devour this. Fans of Marissa Meyer will also devour this. There’s always something to appreciate, whether you’ve read her other books, or are starting with Heartless, the well woven story is worth a read! (if you can put up with a bit of faff at the beginning!) I’m giving this book a solid 3 stars, and can happily say I enjoyed it much more than I first thought I would. 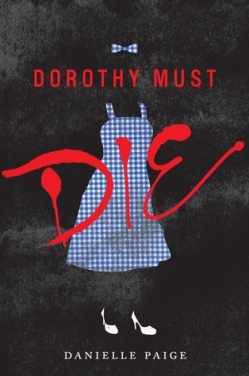