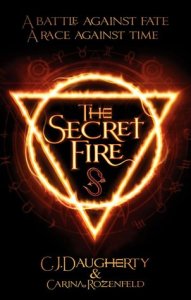 I picked up The Secret Fire when I saw C.J. Daughter speak about Feminism in YA with Holly Bourne and Holly Smale. It was an absolutely incredible event, and though C.J was mostly talking about her Night School series (which I was reading at the time and wasn’t really enjoying) I really wanted to read this one, and I am overjoyed to say that I really liked it!

Admittedly, it’s been a long time since I’ve read an urban fantasy story, and I think what makes it even more exciting is that it’s set in the UK! There are two main characters: Taylor and Sacha. Taylor is an English girl who is incredible clever and has dreams of attending Oxford university because her grandfather is a professor there. Sacha is a French boy who begins the story by jumping off a roof and surviving the fall. Taylor is instructed to email Sacha about teaching him English, but he’s already fluent in it so together they start to wonder why they’ve been paired together and why it was so important for them to get to know each other in the first place. I don’t want to go into the plot too much because that will begin to spoil things, but I will say, that of course magic is involved!

I really liked both perspectives. This was a really big plus for me, just because I think we all often tend to favour just one, but that was NOT the case. Taylor is loveable because she’s a good friend and is very sensible, while Sacha has a really strong relationship with his mother and sister and tends to be a little more reckless – but I don’t think that can be helped considering the situation!

The pacing was incredible. I was sucked in from the very beginning. The opening with Sacha was so intriguing and really made me wonder how the story was going to progress, especially because Taylor, the typical English girl, was initially a jarring contrast doing homework and going on a double date with her boyfriend and best friend Georgie. But things start to unravel, in a natural way prompted by the characters making new small discoveries and then asking those around them to see if they know what’s happening.

Although, I liked Sacha’s POV, I was most interested in Taylor’s simply because she was completely uninitiated into the world and the changes that were happening in her life were so drastic and full of tension, whereas it seemed like Sacha was put more to the side because he already knew what was ‘special’ about him.

The world begins to come into focus in a way that I could follow and understand why it was Taylor and Sacha’s story and not someone else’s. But, it still felt very enclosed. I know that might not make sense since it’s happening in England and in France but I wasn’t getting much threat for those outside of the main characters’ immediate circle. Just like in the Night School series there’s a secret organisation that has the majority of the answers to the questions, but they’re obviously keeping their cards close to their chest. The characters that made up the organisation were perhaps a bit archetypal but I still enjoyed them. My favourite being Louisa, the blue haired girl who’s really sassy and bad-ass and is going to train Taylor.

Overall, I really enjoyed The Secret Fire it had just the right amount of action and emotion, and thankfully didn’t try to force Taylor and Sacha into a relationship, even though their chemistry is really strong. I have a feeling this is something that will be explored more in the second book, but I’m kind of hoping for #Taylorlikesgirls. I mean there are some hints of it throughout and I would much rather her be with Louisa! But we’ll see! I gave this book 3.5 stars and I know you might be wondering why I didn’t give it more, and that’s because although I really liked it there was just something about it that didn’t blow me away. 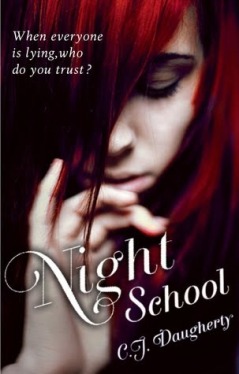 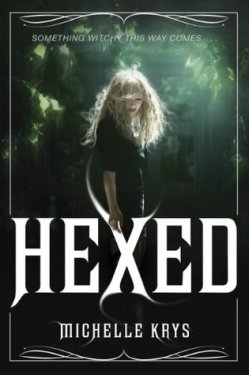 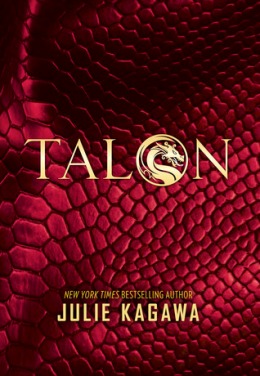 2 thoughts on “Review: The Secret Fire by C. J. Daugherty and Carina Rozenfeld”