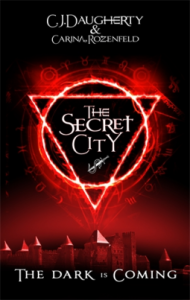 This is the second, and I presume final book in The Alchemy Chronicles. I feel very lucky that I got to read them one after the other, instead of waiting the year for The Secret City to come out, because I was completely engrossed with the first book. It was action packed and incredibly well paced, so I was genuinely excited to get around to this book. The acknowledgements of book one also seemed to suggest that there was only one more book in the series, and if there’s anything that’s going to make me want to read a sequel more, it’s knowing that it’s the second of a duology rather than the middle book of a trilogy! I mean, really, I’m glad that this is the end, because it definitely feels like a story told in two parts, where book one sets up all the action and conflict, introducing us to the world, and book two is resolving the issues and ramping up the tension just a few more notches before the end!

Sacha and Taylor are now at St. Wilfred’s in Oxford learning as much as they can about the Alchemists and Dark Power, working as hard as they can with their training so they have some chance of defeating the Big Bard: Mortimer Pierce. Just like The Secret Fire, The Secret City starts off relatively slow and then gets into things. There’s even a road trip across France involved!

One of my favourite things about this sequel, is that one of my favourite characters from the first book, who was very much a secondary characters, got her own POV! Yay for Louisa! She’s mostly there to tell you the stuff that the adults know that Sacha and Taylor aren’t allowed to know. Dun Dun DUUUNNN! Dramatic irony.

In general, I think you could see some real character development for our main protagonists, especially in Taylor who starts out quite hesitant and afraid and turns into this complete bad-ass. What I love even more is that she doesn’t have complete control over her powers yet, she’s brave of course, but doesn’t always know what to do in a fight either! I hate it when characters seem to know nothing about combat and then turn into Karate black belts when the time demands it – adrenaline can only explain so much! So, I really appreciate the attention the authors payed to the time it would take Taylor to learn, and to a certain extent we’re only seeing the beginning of her story and it would be very easy for the authors to come back to this world that they’ve created and the magical system and see what’s what. Even though I felt very satisfied with the ending, I still want to know what happens next for these characters and how their training will advance and their powers affect their daily lives.

Another thing that really develops in this sequel, is the romance. Unfortunately, my hopes of a Taylor/Louisa relationship didn’t come to pass. *sulks in corner* But I guess it still makes sense for Taylor and Sacha to fall in love. AGAIN, I’m RELIEVED that this is a development that they left for the second book because it actually allows the characters to get to know each other better before saying the ultimate I Love You. There was definite attraction at first sight, but it certainly wasn’t love to begin with. Louisa does get a love interest, though, which I won’t spoil, but I will say it gives us a closer look at the adults on the story and helps us learn more about their backstories and how they came to be a part of the organisation.

Overall, The Secret City is just as good as book one. I was still invested in their adventure, and liked the change of landscape and the build of tension which didn’t at all feel repetitive from The Secret Fire. As I’ve said before, the ending was satisfying, but I could so read more in this series! 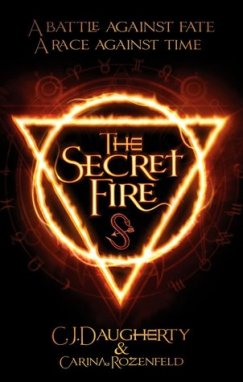 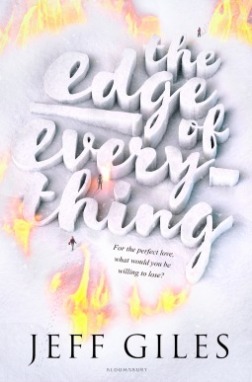 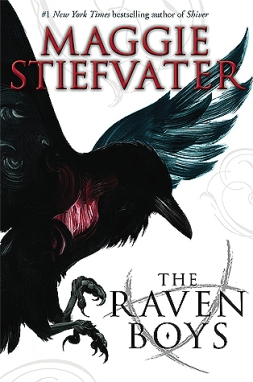 2 thoughts on “Review: The Secret City by C. J Daugherty and Carina Rozenfeld”