Spontaneous by Aaron Starmer
Genre: Contemporary
Publisher: Canongate
Pages: 368
Format: e-book
Rating: ★★
Note: We received this book from the publisher in exchange for an honest review.

If there’s ever a reason to pick up a book, it’s to find out why half the characters are spontaneously combusting without rhyme or reason. The quirky plot drew me in, but the voice drew me out.

Mara Carlyle is our narrator. She’s hyper aware of the this role, calling chapters ‘things you should know’ and the like. I can forgive the story telling being dramatic – hey, not everyday is it that someone blows up in front of your face – but there was something about the narration that felt a little over the top. Maybe it was the humour, a joke gone too far. Not in the crude sense, where you just start gritting your teeth because something fun became something prejudice, but where every humorous moment, or observation is drawn out with one too many examples.

I think there’s a reason John Green was the one to blurb this book. Not only do he and the author both have Julie Strauss-Gable in their writing lives, but because Spontaneous is exactly the kind of book you can imagine a John Green character reading. It would probably be something Ben would read passages of on the road trip to find Margo. While I don’t have anything against John Green’s characters, they and I have different tastes. I can only be entertained by the same narrative structure for a little while, and after that, it gets a little bland and predictable.

Now, as far as finding out why the kids were combusting…I’ve read the whole book and I still couldn’t tell you how it happened. There was a moment there when I thought it was down to the sweet best friend, who had a bit of the Mona Vanderwaal about her, but I’m not sure.

You know what though? The one thing that stops this book from being a complete disappointment is the adult character, the FBI agent, Carla Rosetti. She was bad-ass, and I was totally okay with Mara’s hero-worship of her. It was well deserved, and I hope there’s more Carla Rosetti’s in fiction to come.

Oh, and the fact that Mara and Dylan’s relationship, although kind of speedy, was very sex positive, and I thought it spread a good message about teen relationships and how physical they can be, without demonising teens for their sexuality, or shaming any of the participants. Good job, Aaron Starmer.

Overall, I’m giving Spontaneous 2 stars, because it still managed to get me to read until the end, darn it. If you like John Green, though, give this a try. 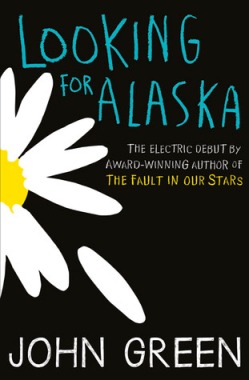 One thought on “Review: Spontaneous by Aaron Starmer”