Normally, we compile a list of our favourite books of the year but last year we saw a lot of people doing ‘Best AND Worst’ videos, so we thought we would separate the two. Maddie and I also usually do a ‘Series We Won’t Complete’ and ‘Books We Regret Reading’ video, but this year we just combined them all into one! 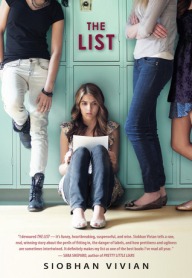 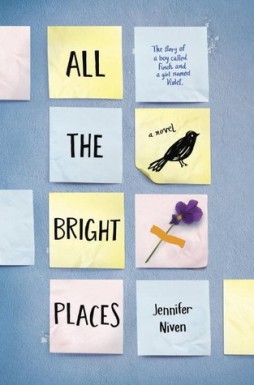 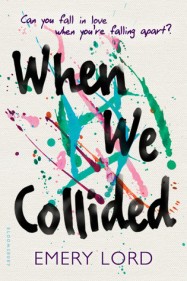 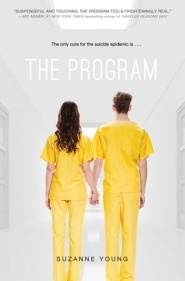 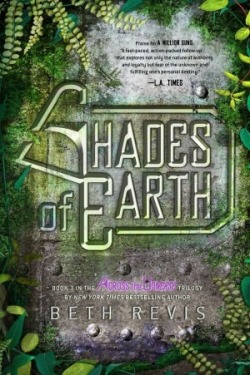 The Across the Universe series seemed to be one of the staples of everyone’s shelves on the booktube community when we first joined almost three years ago. And I’m sure the majority of you will have heard of this series, if not for it’s content, then for the widely contested cover change. DUN DUN DUN. Not many people are talking about this series anymore, but we decided to give it ago anyway, because if it was popular once, then maybe it could be again. Unfortunately, I don’t think this will be the case. The whole series is very typical of what the YA market was like a a few years ago. Full of adventure, insta-love, and poorly explained enemies. Had we read it when it was first popular maybe we would’ve enjoyed the series, but instead we found ourselves slogging through for the sake of this review.

END_OF_DOCUMENT_TOKEN_TO_BE_REPLACED

To celebrate the release of Beth Revis’ latest book ‘Paper Hearts’, completely dedicated to inspiring aspiring writers, we got the chance to ask Beth some questions about the book! (And if that wasn’t exciting enough, there’s also a giveaway you can enter here!)

Maddie and Bee: You discuss a lot of controversial tips for writers in Paper
Hearts, which piece of classic writing advice are you most opposed to and
why?

Beth Revis: “Write every day.” That one piece of advice was very damaging to me,
personally, and it’s one of the most pervasive in literature. You hear it
over and over when you start out and it’s just wrong. I have never been
the type of person who can write every day. My writing schedule usually
means that for three or so days of the week, I can write between 2k and
10k words, averaging out to about 10-15k per week. But when I do those
really big bursts of writing, I almost always take one or two days off.
And that’s fine–the book gets done, often at the same rate as someone who
writes every day. It doesn’t matter how often you write, as long as you
write consistently and progress toward completing the novel.

“Write every day” is the kind of advice that has a good heart. There are a
lot of people out there who like the idea of writing, but don’t actually
write. But if you’re not one of those people, forget this advice. Write
the way you write to finish a novel. That’s all that matters.
END_OF_DOCUMENT_TOKEN_TO_BE_REPLACED

‘The Body Electric’ is the first book that I’ve read by Beth Revis, and I can certainly say that I’m interested in reading the rest of her novels. This novel is a standalone, which definitely appealed to me, as with other sci-fi adventure novels, you can’t escape the dreaded trilogy. This meant that in 500-ish pages, Revis had to create a world, characters and a story, all while bringing it to a conclusion relatively quickly. Was it a success? So-so.

I felt like there were a lot of ideas within this book. Ella, the protagonist, had the ability to experience someone else’s ‘reveries’, a term used to describe a daydream or a memory that was particularly pleasant. She can also manipulate the reveries and use them as a way to look into people’s minds and the secrets they hide. Already, you get the feeling her power is going to be abused by the governing body.

There’s also the element of space travel and scientific advances. Her best friend is a soldier on the moon (sounds like a Doctor Who episode), her mother created the science of reveries and her father was employed in android and cyborg creation. Again, the potential for government intervention, and the use of these things for evil was prevalent. 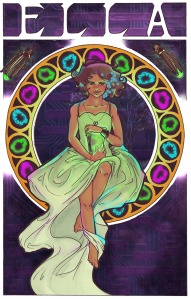 ghter group called the Zuzanna, which is controlled by Ella’s love interest that she can’t remember because her own memories have been manipulated.

If that isn’t enough, it turns out that, SPOILER; (Ella is a science experiment herself.) You can understand why I felt like I was reading four different books at once. All of these ideas climaxed at the end, however, it left me feeling quite confused. The pacing was fast, which was great, and the chapters were short, which was greater, but the different plot points colliding was a bit clumsy.

I enjoyed what little romance was presented. Ella seemed like quite a strong protagonist, and very proactive in deciding her own fate and what she was happy doing. She came to

the gradual realization that she wasn’t quite human well, although she did have the ‘I’m-a-monster’ syndrome, when she’d done nothing monstrous.

Whilst reading, I was able to pick out a few parallels with other novels, which added to the feeling that I was reading four at once. First, you’ve got ‘The Host’ parallel – the relationship between Jack and Ella resembled that of Wanda and Jared, as she couldn’t remember a previous relationship with him, so he was romantically frustrated. Second, was ‘Cinder’ and the ‘Lunar Chronicles’ in general, with the inclusion of androids and cyborgs as subhuman and the lunar army. Bit of ‘Hush, Hush’ and ‘Vampire Academy’ with the emphasis on communicating through dreams and out of body experiences. ‘Fearsome Dreamer’ and ‘Under the Never Sky’ made an appearance because of the conventions of the genre.

I haven’t read that many sci-fi-adventure-romances, however it’s definitely a genre that I want to read more of. However, I’d be more interested to read a book that didn’t conform to the ‘girl vs. government’ category. Seriously, one girl having the power to take down a whole government system, that had previously been in place and working for years? It’s becoming a cliché.

Overall, I’d give ‘The Body Electric’ 3.5-4 stars. I haven’t quite made up my mind. I enjoyed it immensely, yet on reflection, I was able to pick out the faults a bit more. The book was jam-packed and action filled, so definitely suitable for those that like a lot to happen in a novel, though it is 500 pages.